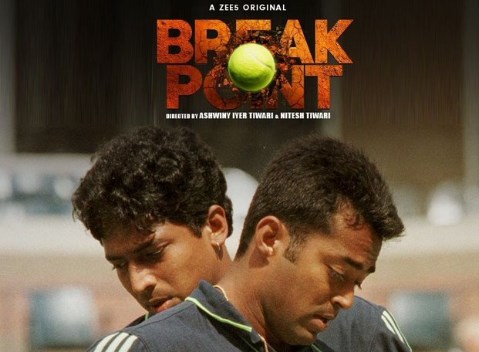 These Both Director Nitesh Tiwari and Ashwin Iyer earlier directed Dangal, Chichore and Panga movies. Break Point is being Produced under banner of An Earthsky Picutre Productions.

Both Players Mahesh Bhupathi and Leander Paes has appreciated the Directors work. As Makers of Break Point have earlier worked for Dangal, Chichore and Panga movies which have roused expectations among Audience.

Break Point Series is about the life Jouney of 2 Legendary Tennis Players Leander Paes and Mahesh Bhupathi. This web series is going to Premiere on Zee5 on 1st October. Trailer of this Break Point was released on 17th September 2021.

Break Point web Series is from the Makers of Dangal, Chichore and Panga Movies. Ashwin Iyer earlier directed Panga movie while Nitesh Tiwari Directed Dangal and Chichore film. Both Players complimented these directed for bringing out their Journey through web series.