Sonakshi Sinha’s Dahaad OTT Release Date: Sonakshi Sinha is all set to her OTT debut web series called Dahaad, she is essaying a tough cop role as she has never done before, Dahaad is helmed by Reema Kagti and Ruchika Oberoi and Zoya Akthar and Reema Kagti are the creators of this series, However, makers haven’t announced the release date yet. 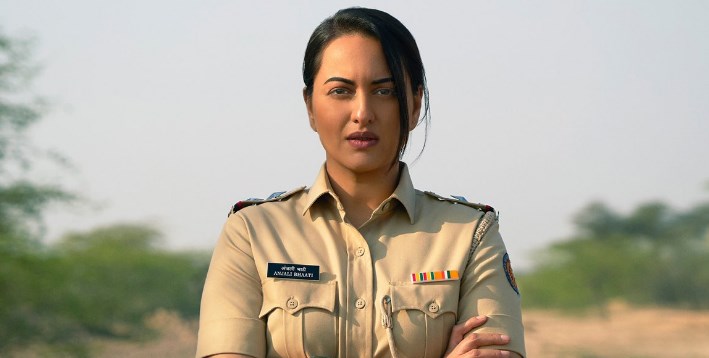 Dahaad story is touted to be an investigative thriller where a conman, is accused of marrying women and tricking them out of the money.

Zoya Akthar is a brilliant writer and director as she is known for Zindagi Na Milegi Dobara and Gully Boy. I’m sure Dahaad is going to be another brilliant film in her career.

Dahaad’s initial title was Fallen due to some reasons they have changed to Dahaad. as Amazon has announced the title and first look at Amazon Prime Video Presents event. However, the film is set in Rajasthan, and the series looks raw and rustic. Despite the fact, that the series is backed by Amazon Prime Video.

Dahaad is currently under post-production, as of now makers haven’t released the OTT release date, very soon Amazon Prime Video will announce the release date, once we get the official confirmation we will update, till then stay tuned with us

Dahaad trailer has not been released by the makers.

When is Dahaad web series OTT Release Date and Time?

Not Declared, the Dahaad web series will hit the OTT space very soon

Not Declared, the series has not yet been released so we can not say Hit or Flop

No, the Dahaad is not available on Netflix

Is Dahaad available in Aha Video?

Is Dahaad available on Hotstar?

Dahaad series is based on true incidents that are happened in Rajasthan and the series is billed as a crime thriller we can expect the release date very soon.