MS Raju Wiki and Biography: MS Raju is an Indian film producer and director who has primarily worked in the Telugu film industry. MS has contributed to well-known films like Rum and 7 Days, 6 Nights. 7 Days 6 Nights, MS’s previous movie, was released in theatres in 2022. 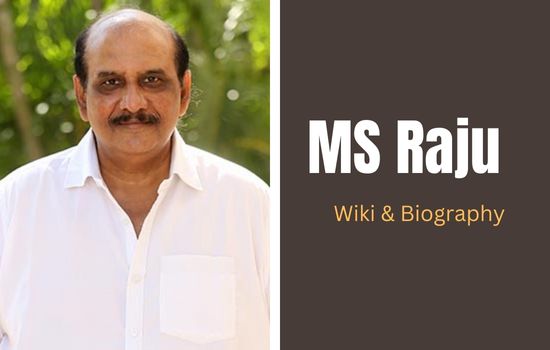 M. S. Raju had a passion for movies early on. After completing his education, he enlisted the aid of a friend to launch his film career. In 1987, he directed a movie called Manavadostunnadu, starring Arjun and Sobhana. The goodwill of his father assisted him in finding lenders.

Rayaparaju, the father of M. S. Raju, controlled hundreds of acres of land in Andhra Pradesh’s formerly West Godavari district. Rayaparaju moved to Madras after selling every property there. His father’s cousin is the Roja Movies producer Arjuna Raju. His father produced five to six movies after becoming a producer due to him.

In honour of his son, Sumanth, he founded a brand-new production company called “Sumanth Arts.” The first movie produced under the banner was Sathruvu (1991), which was directed by Kodi Ramakrishna and starred Venkatesh, Vijayashanti, and Kota Srinivasa Rao. The film’s basic plot was developed by Satyamurthy after M. S. Raju himself provided the initial idea. Tamil dubbing was also done for the movie. Both in Telugu and Tamil, Sathruvu was a commercially successful film.