Nana Patekar Wiki and Biography: One of the most admired Bollywood actors, director, and writer is Nana Patekar. A number of Patekar’s films, including Krantiveer, Agni Sakshi, Parinda, and Aprahan, have praised his acting skills. In fact, he’s the first actor to ever take home awards for Best Actor, Best Supporting Actor, and Best Villain at the Film Fare Awards. 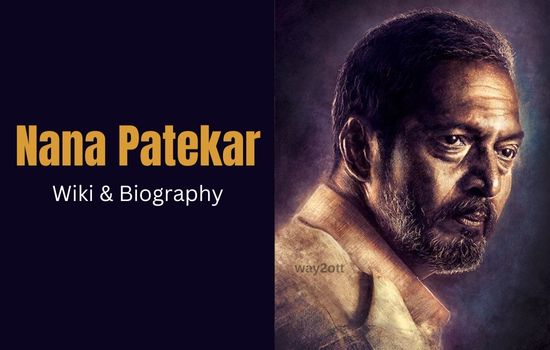 On the first of January, 1951 (making him 68 years old as of 2019), Nana Patekar was born as Vishwanath Patekar in the Murud-Janjira area of Bombay State (now Maharashtra). The Capricorn star sign describes him perfectly.

His father, Gajanan Patekar, had a textile business, and his mother, Nirmala Patekar, stayed at home to raise Nana. His parents lost five of their seven children. Ashok Patekar and Dilip Patekar are two of his brothers’ names. In 1978, Nana tied the knot with Neelkanti Patekar (an actress, producer, and former bank official). A son, also called Malhar Patekar, was born to him. Additionally, he had a second son, who tragically passed away at the age of 2.

After graduating from art school, he began working at Strusa Advertising as a commercial artist and visualizer. Eventually, he left his job to pursue acting full-time. In the Bollywood film “Gaman” (1978), he first appeared on screen. His first film was Sinhasan (1979), a Marathi film in which he had a little role.