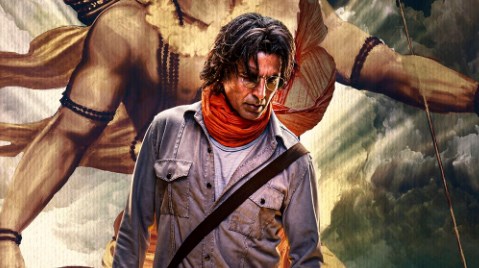 Ram Setu is Completely a Fantasy Investigating Drama. Akshay Kumar Plays the role of an Archeologist Who investigates and Tries to find out weather Ram Setu Bridge is really built by Vanaras or it is Just a Myth.

Shooting of this movie Began in March 2020 but halted in April 2020 Becuase of Pandemic Restrictions. Later it got resumed again. Ramsetu is the first Indian Movie which Co Production is being done under Amazon Prime Video.

Ram Setu Movie Slated for theatrical release on the Occasion of Diwali in 2022. As Amazon Prime Video is Co Producing it. Prime Video may Purchase it Streaming Rights. Producer Arun Bhatia once said that Ram Setu Movie is completely made upon the Real Facts, Researc, findings about Historical Ram Setu Bridge.

Many Audience are Awaiting for its release. If pandemic wasn’t there then Ram Setu would have Released in theatres now. If everything goes well in theatrical release on 2022 Diwali, then OTT Release date can be expected in November / December 2022.